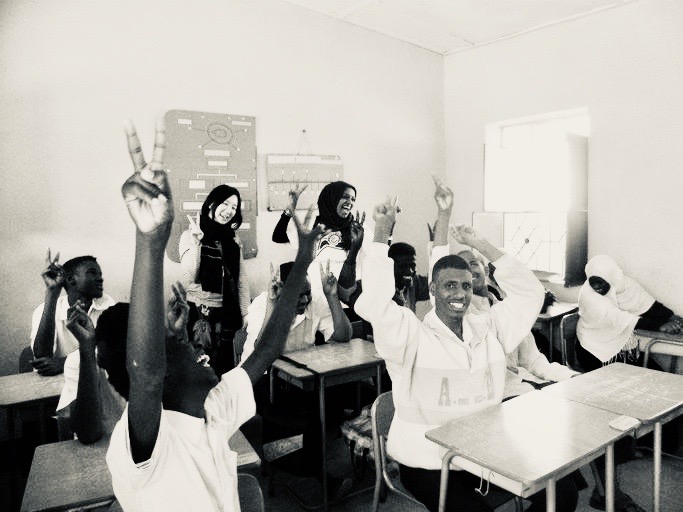 'Among blind people, 75% of that population never attended school, 55% of which are females'. (Glimmer Hope organisation)

Alnour Institute is the only official primary school in Khartoum, where blind and visually impaired children have the opportunity to gain an education. Unfortunately due to various different factors funding being the main one, the institute's enrollment policy is limited to fifteen pupils per academic year. Pupils who are not accepted are left deeply disappointed and have to resort to attending mainstream schools.

Upon enrollment at Alnour Institute the students are introduced to the Braille language. They are taught how to read and write using basic Braille tools such as Braile plates, pens and cubrithum for maths. These tools play a major role in enhancing their education, in addition to giving them the confidence they need to navigate within society. However specialised equipment is costly and despite the institute's immense efforts they still struggle in securing enough funding to meet their needs.
Now, we know blind and visually impaired children have the ability to learn and thrive!

But how do they live independently without assistance? The White Cane helps them to manoeuvre independently and safely. This gives them the opportunity to interact with their surrounding environment and contribute to their community. When out on the streets they are able to stop a taxi or transportation, cross the road or request for guidance.

What you may not know about the blind and visually impaired

They are very creative, with high sensory processing sensitivity and exceptional memory, which makes them uniquely talented. In spite of the lack of resources, materials and support accessible to them in Sudan, they are able to overcome their obstacles and reach their full academic potential.

The situation in Sudan

It is evident that there needs to be amendments to the current educational system in Sudan in order to include the needs of children with visual impairments.
Glimmer of Hope Organization in Sudan prepared a digestive analysis of the Visual Impaired community in Sudan based on the National Census(2008) indicating that 64% of people with visual impairments never attended school, with a higher percentage of 55% of women never attending school at all. Among blind people, 75% of that population never attended school, 55% of which are females. The National Census also indicates that the majority of blind people in rural areas did not attend any schools, among which are also majority females.

What we can do as a society

We have a duty to protect and support children who are most vulnerable in our society. We need to respect and empower them. Every child has a right to an education and have their educational needs met. As a society we can work together collectively to remove the social and economical barriers faced by blind and visually impaired children. In addition, to also work towards making all schools in Sudan accessible for these children and equipped with the essential Braille tools and resources.

CHILDREN WITH CANCER IN SUDAN

The country's health authorities are noting an increasing incidence of breast, cervical and prostate cancer amongst the general public and a particular increase in the rates of cancer amongst children.

The government has aimed to tackle this problem with initiatives aimed at providing free treatment and medication for child cancer cases but has fallen well short of its ambitions. An increasing number of cancer patients are expected to purchase relatively expensive medication and pay for expensive diagnostic examinations such as MRI.

More than 10% of the children in Sudan have been diagnosed with cancer, this is more than double the world average. The sad part is that this figure is likely to be much higher.

Highlighted below are contributing factors to the lack of diagnostics and the reason for the unlikelihood of child cancer treatment at an early stage:

Children of Sudan volunteers visited the Radiation and Isotope Centre in Khartoum where the majority of Sudan's cancer cases are seen and treated. Having consulted with the Doctors and spoke to patients, we identified a number inexpensive and effective medications that are highly demanded (because of the longer term nature of the cyclical treatment) but can no longer be afforded due to the increase in price and relatively low income rates.

Children of Sudan, Pharmacy Project aims to coordinate with local pharmacies to provide free cancer medication , such as Bicarbonate of Soda -used to treat cancers when taken orally - and Cytarabine an agent drug used regularly by the children under chemotherapy treatment, to enable child cancer patients to have uninterrupted treatment that is absolutely necessary for the effective cure of the cancer.

With your help we aim to expand this program to reach more pharmacies, provide them with better quality, free cancer medication that can reach more children.
Please donate generously and regularly. 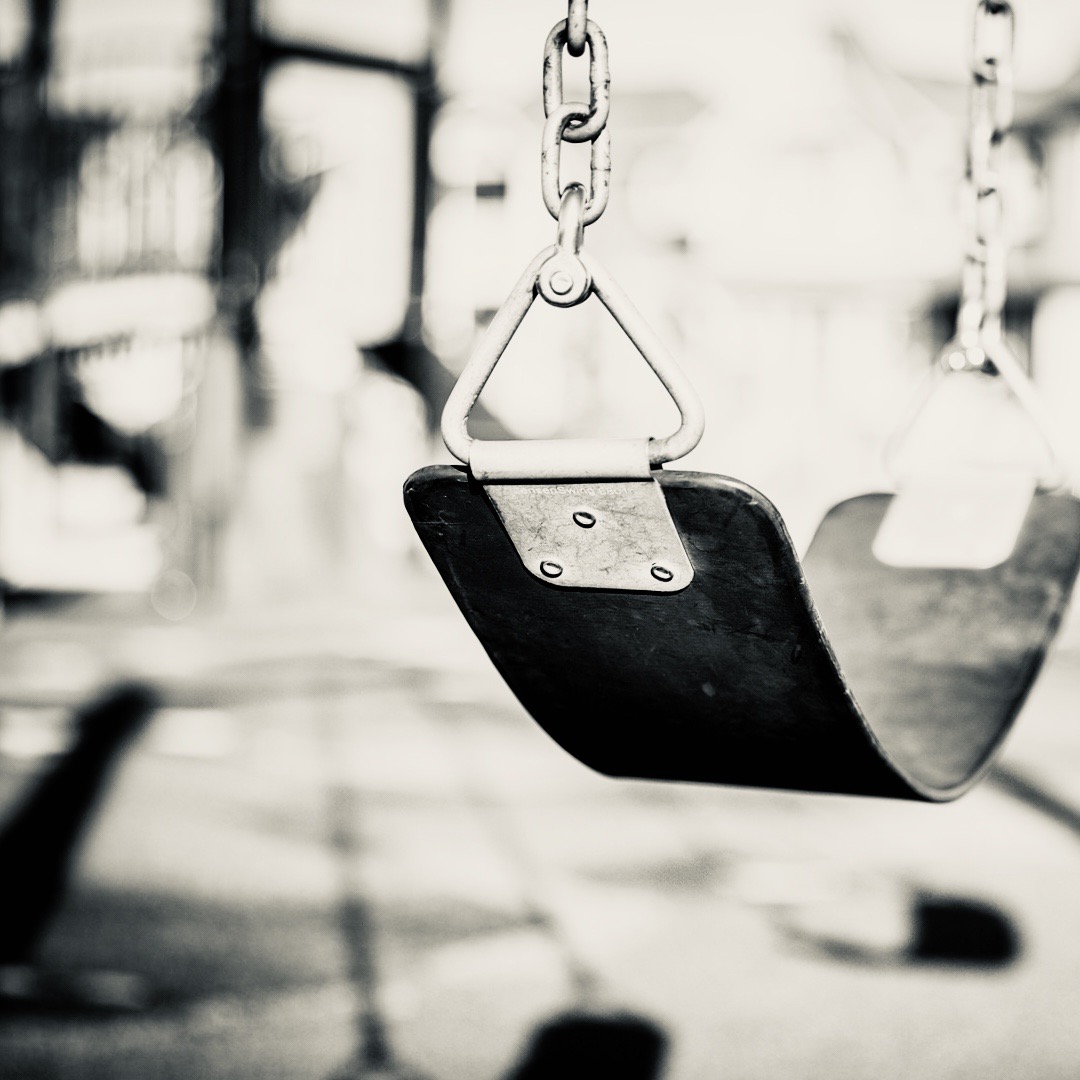 INCLUSION IS A RIGHT NOT A PRIVILEDGE

Have you ever wondered why you don’t see many babies and toddlers with disabilities crossing your path when you’re out and about? I find myself frequently pondering on this question, especially on family days out. Before having my youngest son – who has Spina Bifida – I didn't realise how privileged I was when taking out my eldest who doesn’t have any special needs to a restaurant, shopping or even just to our local playground. Those outings that seemed so standard at the time have now become a little more complicated and need a lot of preparation beforehand. The more complicated the needs of the child determines the intensiveness of the planning for a day out.

Parents with disabled children ultimately want what all parents want when it comes to their children however, majority of the time our lives seem like more of a social obstacle course in my opinion. Having a child with special needs is demanding, but extremely rewarding in ways I couldn't even begin to explain. That child has a right to be included in society, with full inclusive access to all facilities and services that are provided to all children.

Inclusion should not just be about finding obstacles that people with disabilities face and then amending them, rather it is including those people’s needs on the government's agenda from the get-go as a way of living not a problem to be solved. For example, playgrounds are designed in parks for fun and play and through that a child’s social and emotional development is enhanced. When a special needs child enters that playground, society is sending that child and his family a message that they do not belong. Losing a sense of belonging massively effects a person’s identity and those constant enforced restrictions that welcome them everywhere they go will eventually result to isolation. Policy makers need to review the impact of neglecting the needs of disabled people on society as a whole.

Although we as a society may not all be in a position to have an input in policy formation, it does not mean we do not have the power to make a difference and really change things for the better. Possessing a tunnel vision mindset in today’s world only increases division and ignorance between people. If ever an individual or a group of people quality of life is under threat it should be our responsibility as a collective to challenge those threats and at least attempt to rectify them.